They Said It Would Never Happen Again!

History has been blurred so we find it difficult to realise the truth. Those who caused two world wars were behind all forces financially. Now they fight their wars with Secret Weapons & Quiet Wars. The war of 1954 to date has been an economic war but potentially will lead to death and destruction using technologies that we are paying for. They are relying on our complacency and think we wont question their narrative?

Rothschild Infiltrated Governments Across The West. MP's Were bought or COMPROMISED.

Mr. Rothschild loaned his promissory notes to individual and to governments. These would create overconfidence.

Then he would make money scarce, tighten control of the system, and collect the collateral through the obligation of contracts.

The cycle was then repeated. These pressures could be used to ignite a war. Then he would control the availability of currency to determine who would win the war.

That government which agreed to give him control of its economic system got his support.

Collection of debts was guaranteed by economic aid to the enemy of the debtor. The profit derived from this economic methodology mad Mr. Rothschild all the more able to expand his wealth.

He found that the public greed would allow currency to be printed by government order beyond the limits (inflation) of backing in precious metal or the production of goods and services. 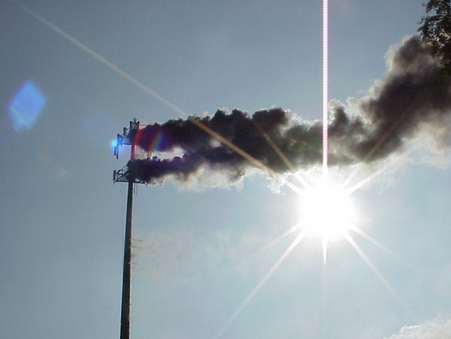 In 2007, a small cell suspended from a power pole in Malibu, CA collapsed in high winds, sparking a blaze that burned over 4000 acres, costing $14 million.

Investigators identified a “gaping hole of responsibility” where Verizon blamed the utility and the utility blamed Verizon.

This is to show that cell towers commonly spark fires. Here is a list of some of the cell tower fires that have been documented.

PG&E’s “smart” grid is responsible for the Camp Fire (the deadliest in state history) and other large, recent fires through three key factors:

carbon emissions leading to drier, more extensive fuels new spark potential with every electronic or wireless component added to the grid a lack of qualified personnel in the field (i.e meter readers) to monitor any problems before they become a disaster.

An ideal industry may be symbolized electronically in various ways. The simplest way is to represent a demand by a voltage and a supply by a current. When this is done, the relationship between the two becomes what is called an admittance, which can result from three economic factors:

In a production industry it takes several forms, one of which is known as production stock or inventory. In electronic symbology this specific industry demand (a pure capital industry) is represented by capacitance and the stock or resource is represented by a stored charge. Satisfaction of an industry demand suffers a lag because of the loading effect of inventory priorities.

Present flow ideally involves no delays. It is, so to speak, input today for output today, a "hand to mouth" flow. In electronic symbology, this specific industry demand (a pure us industry) is represented by a conductance which is then a simple ec onomic valve (a dissipative element).

Other large alternatives to war as economic inductors or economic flywheels are an open-ended social welfare program, or an enormous (but fruitful) open-ended space program.

This creates excessive economic inductance which can only be balanced with economic capacitance (true resources or value - e.g., in goods or services).

The social welfare program is nothing more than an open-ended credit balance system which creates a false capital industry to give nonproductive people a roof over their heads and food in their stomachs. This can be useful, however, because the rec ipients become state property in return for the "gift," a standing army for the elite. For he who pays the piper picks the tune.

Those who get hooked on the economic drug, must go to the elite for a fix. In this, the method of introducing large amounts of stabilizing capacitance is by borrowing on the future "credit" of the world. This is a fourth law of motion - onset, and consists of performing an action and leaving the system before the reflected reaction returns to the point of action - a delayed reaction.

The means of surviving the reaction is by changing the system before the reaction can return. By this means, politicians become more popular in their own time and the public pays later. In fact, the measure of such a politician is the delay time.

The same thing is achieved by a government by printing money beyond the limit of the gross national product, and economic process called inflation. This puts a large quantity of mo ney into the hands of the public and maintains a balance against their greed, creates a false self-confidence in them and, for awhile, stays the wolf from the door.

They must eventually resort to war to balance the account, because war ultimately is merely the act of destroying the creditor, and the politicians are the publicly hired hit men that justify the act to keep the responsibility and blood off the public conscience. (See section on consent factors and social-economic structuring.)

If the people really cared about their fellow man, they would control their appetites (greed, procreation, etc.) so that they would not have to operate on a credit or welfare social system which steals from the worker to satisfy the bum.

Since most of the general public will not exercise restraint, there are only two alternatives to reduce the economic inductance of the system.

(1) Let the populace bludgeon each other to death in war, which will only result in a total destruction of the living earth.

(2) Take control of the world by the use of economic "silent weapons" in a form of "quiet warfare" and reduce the economic inductance of the world to a safe level by a process of benevolent slavery and genocide.

The latter option has been taken as the obviously better option.

At this point it should be crystal clear to the reader why absolute secrecy about the silent weapons is necessary.

The general public refuses to improve its own mentality and its faith in its fellow man. It has become a herd of proliferating barbarians, and, so to speak, a blight upon the face of the earth.

They do not care enough about economic science to learn why they have not been able to avoid war despite religious morality, and their religious or self-gratifying refusal to deal with earthly problems renders the solution of the earthly problem unreachable to them.

It is left to those few who are truly willing to think and survive as the fittest to survive, to solve the problem for themselves as the few who really care. Otherwise, exposure of the silent weapon would destroy our only hope of preserving the seed of the future true humanity...

THESE ARE ALL THE MATERIALS YOU NEED TO QUESTION or develop an informed opinion?

You are responsible for your actions.

WHETHER YOU PROCEED WITH THIS WRECKLESS NWO AGENDA.. Remains to be seen?

I WILL BE IN TOUCH VERY SOON.